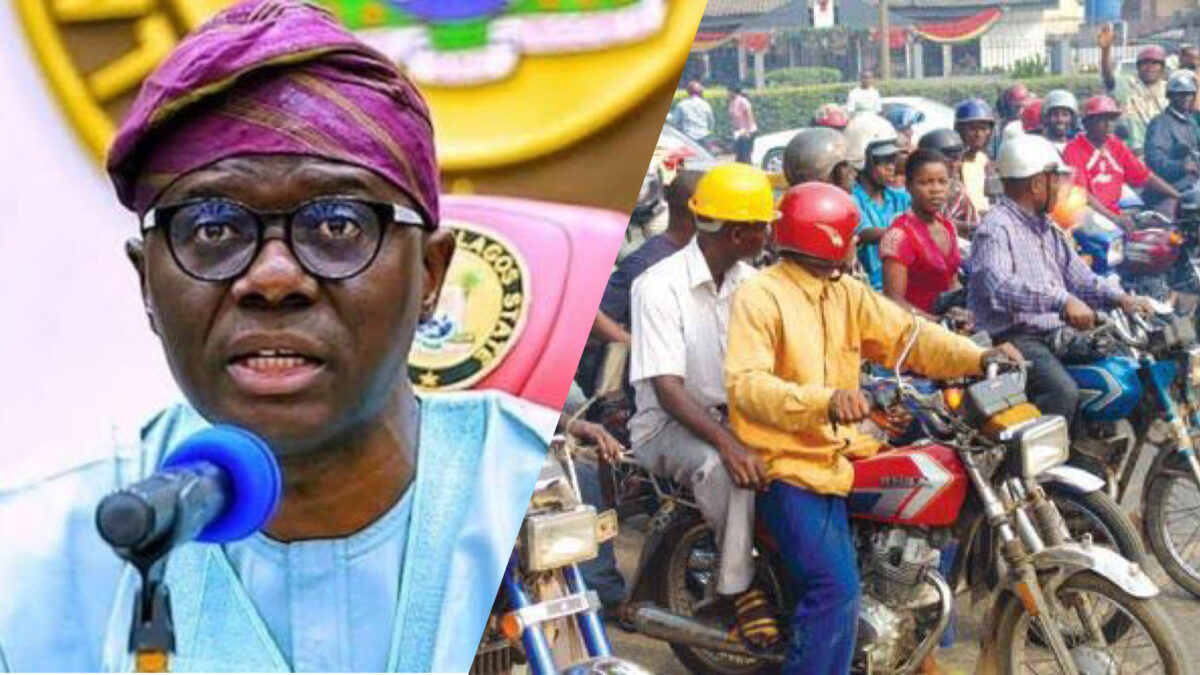 Lagos State government says a complete ban of commercial motorcycles, popularly known as okada, in all local government areas of the state is being considered.

The state Commissioner for Information and Strategy, Gbenga Omotoso, said the consideration was necessitated by the clamour of residents of the state to expand the ban.

Omotoso made this known at a stakeholders forum organised to examine the ban on commercial motorcycles in parts of the state.

The forum, held in Lagos on Tuesday, had the theme: “Okada Ban, What Next: Review of Enforcement and Compliance, Two Months After.”

Recall that Governor Bababjide Sanwo-Olu had on june 1 banned the operation of commercial motorcycles in six local government areas and nine LCDAs.

Omotoso on Tuesday said the security situation in the state has led to growing call to make the ban statewide.

“Some people have suggested that the ban should be statewide, considering the present anxiety over security,” he added.

According to him, the forum is to take stock of the government’s decision on the ban and agree on the next step to take.

He recalled the criticisms that initially trailed the ban, “based largely on sentiments of those who had not witnessed the havoc some of the Okada riders caused in the areas of health and security.”

The commissioner said all stakeholders now have the opportunity to suggest what steps the government should take on the matter.

In his remark, the Commissioner for Transportation, Frederic Oladeinde, said that the ban had recorded significant successes and compliance.

“In the affected areas within the period under review, available records show that crime and accident rates reduced astronomically by 86 per cent and 63.7 per cent, respectively.

“While a total of 7,500 motorcycles were impounded and crushed accordingly,” he stated.

He said that the rise in the level of insecurity nationwide has made it imperative to review the impact of the ban on motorcycles in parts of the state and further steps to protect the people.

“The Federal Government is presently considering the total ban of motorcycle operations across the federation as most of these underground activities are been enhanced with the use of motorcycles.”

Mr Oladeinde said the government was already working round the clock to secure the state after reports of an alleged attempted attack.

He said the forum was expected to re-ignite the state’s commitment to tackling traffic rules violations and criminals operating as commercial riders.

The special adviser to the governor on transportation, Sola Giwa, said the forum should come up with suggestions to guide the government on decisions to take on the operation of Okada riders.