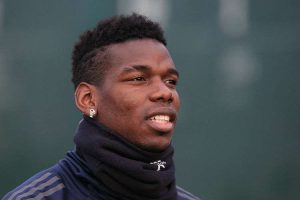 With the player in the final year of his contract with the Red Devils, PSG has reportedly reached an agreement with Pogba’s agent, Mino Raiola.

Naija News understands that the French international operates primarily as a central midfielder, but can also be play as an attacking midfielder and a defensive midfielder.

Though the French Ligue 1 giants have already signed the likes of Gianluigi Donnarumma, Georginio Wijnaldum, Achraf Hakimi and Sergio Ramos this summer, PSG is set to wade shoulders to battle Barcelona, Real Madrid and Juventus for Pogba’s signature.

Meanwhile, Portugal professional footballer who plays as a forward for Seria A club, Juventus, Cristiano Ronaldo, has been linked for Manchester City move.

The UK Mirror reports that the English Premier League club could sign the 36-year-old player this summer.

Naija News understands that Ronaldo has one year left on his current contract with Juve. He has been, however, linked with a transfer to Etihad this summer. Although Manchester United is also linked with the Portugal captain.