Mavin Records/Jonzing World singer, Rema has dropped a whopping sum of N11Million for a new VVS Grill, the singer revealed this morning. 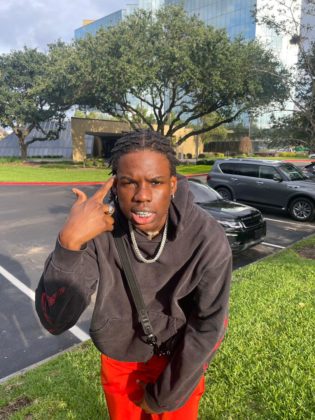 Rema revealed this via his Twitter page on Tuesday, the 1st of June 2021. He shared photos of himself wearing the new VVS Grill on his teeth, saying that he bought the new set for N11million from Johnny Dang. He captioned the post;

11 Million Naira on that VVS Grill, Johnnydang did that! 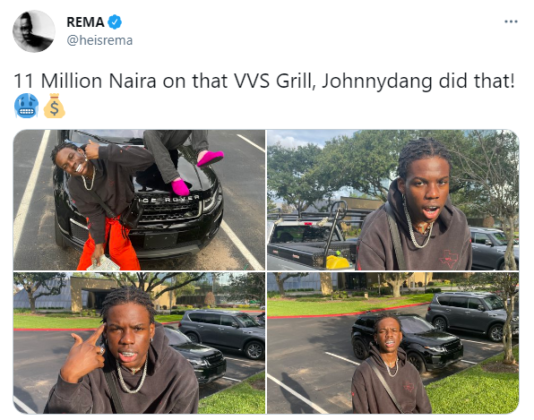 Rema was reported to have linked up with the world-famous jeweler, Johnny Dang on the 28th of April, 2021. The singer already has a collection of jewelry from the jeweler who has been referenced in musical recordings by Migos, Gucci Mane, Lil Pump, DaBaby, YNW Melly, Chief Keef, and Juice WRLD among others.

The singer is currently in the US on a club tour and has used that opportunity to grab himself another piece for his jewelry collection.

Twitter User Vows To Change His Surname After Marrying Cuppy

Awon weyrey Dey disguise. Them no want make we come.

Awon weyrey Dey disguise. Them no want make we come.

Why getting married to a married man is the best — Lady

Why getting married to a married man is the best — Lady