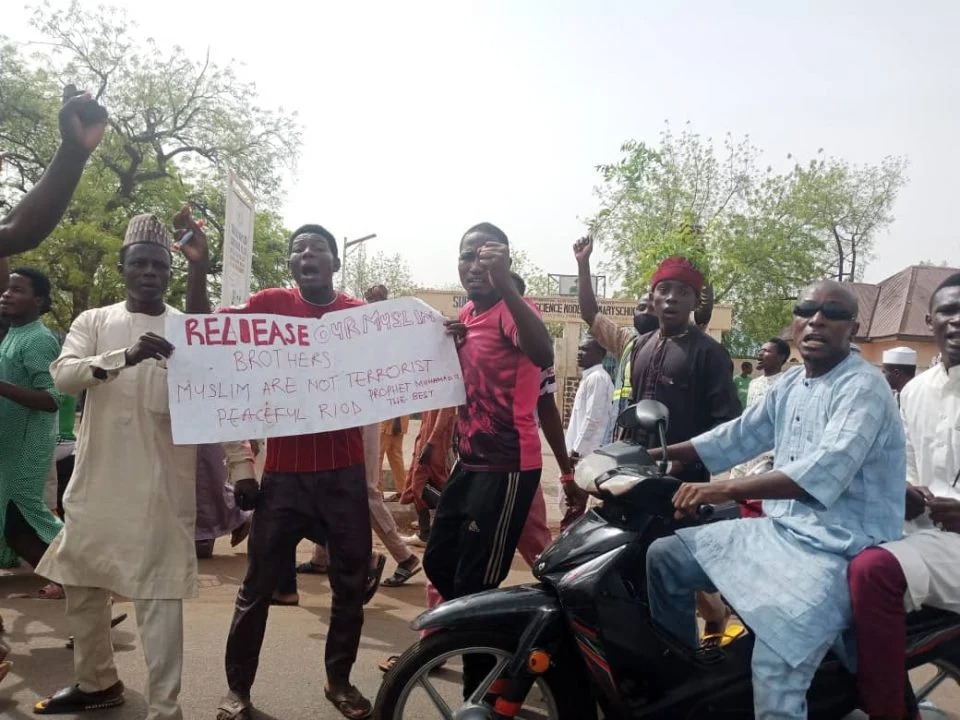 Some protesting Muslims youths in Sokoto State have stormed the streets calling on the State Government as well as security agencies to as a matter of urgency release those arrested in connection with the killing of a female student for alleged blasphemy.

WITHIN NIGERIA had reported that Deborah Emmanuel, a 200 level female student of Shehu Shagari College of Education, was burnt to death within the school premises for alleging insulting Prophet Mohammad on Thursday.

The youths stormed streets along Maiduguri road, armed with placards with different inscriptions while they were shouting “Allahu Akbar” translated in English as ‘God is great’.

The protest is said to have started at the roundabout of Zabira mall and they marched through Gao-nama onwards flyover within the state metropolis, PUNCH reports.

Meanwhile, combined team of security operatives including soldiers from the 8 Division, Police, DSS, and NSCDC were seen monitoring the protest and stationed in strategic positions to avert breakdown of law and order.

Before today’s protest, invitation had been sent out by some youths calling on all Muslim youths in the state to assemble for a peaceful protest starting from 9 am today to call for the release of those arrested in connection with the Thursday’s incident.