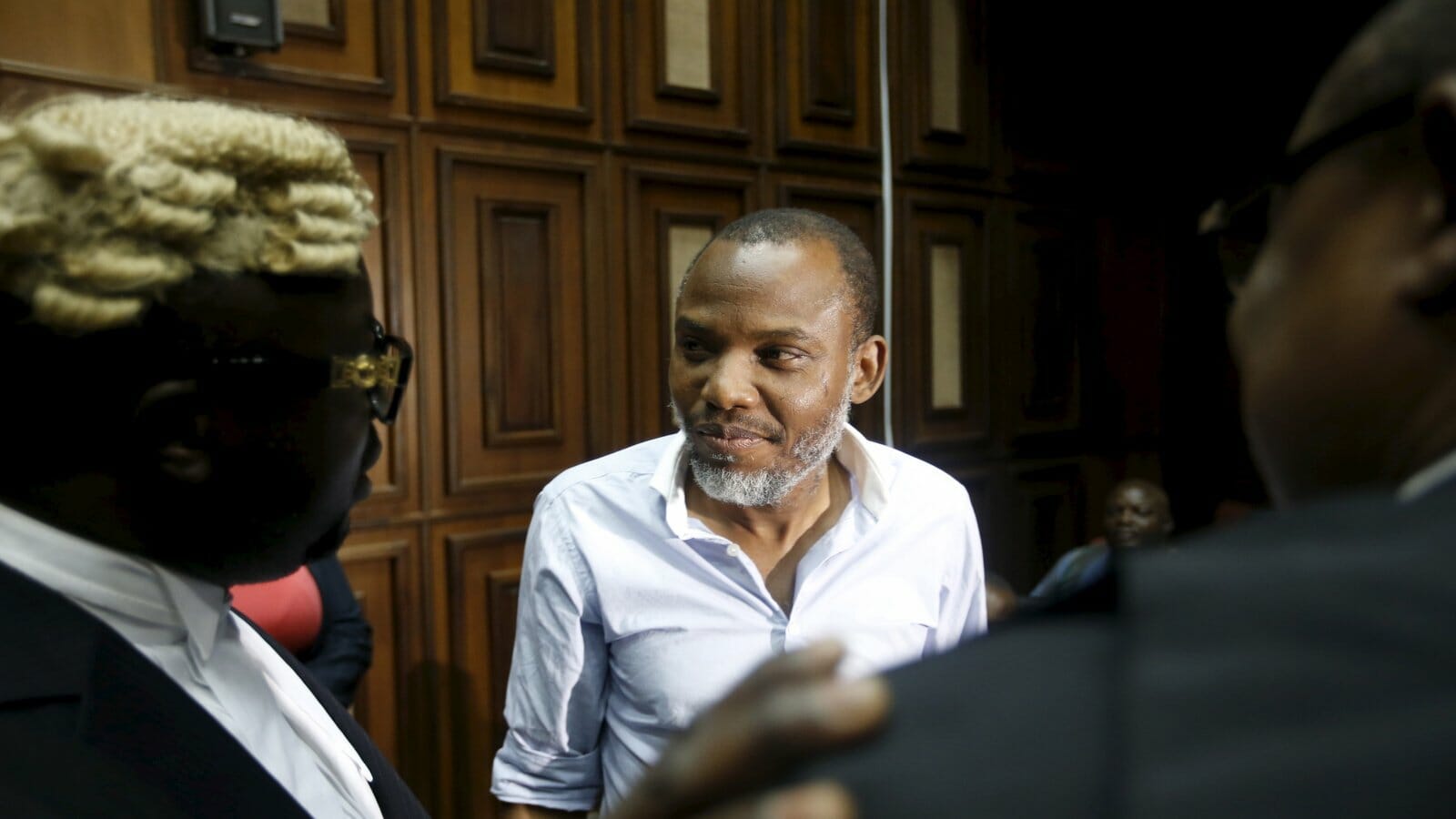 Following his formal arraignment, the Federal Government may today begin the trial of the leader of the Indigenous People of Biafra, IPOB, Nnamdi Kanu, on terrorist charges.

The Federal High Court in Abuja, where the arraignment is expected, has been overwhelmed with documentary evidence to be presented by the government against Kanu.

Electronic equipment, including several cameras, has also been brought to court and is being scrutinized by the Federal Government’s main attorney, Mr Shuaib Magaji Labaran.

Although Kanu is yet to be brought into the court room, his lawyers led by Chief Mike Ozekhome, SAN, have taken their seats waiting for the arrival of their client.

Similarly, family members of the Biafran leader, including a nursing mother have taken their seats.

A representative of the British High Commissioner billed to watch the trial for the United Kingdom has also been allowed into the courtroom.