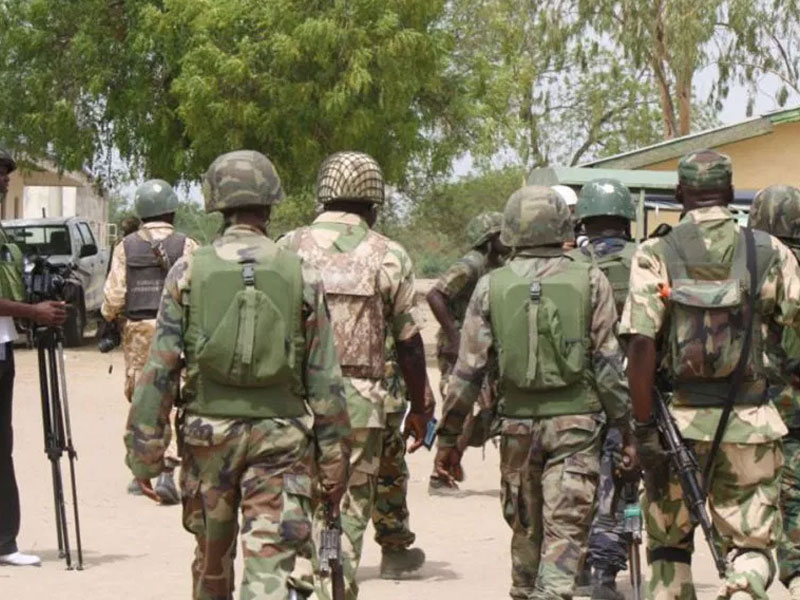 The Joint Military Task Force’s Operation Hadinkai in the North East General and Special Court-Martial has recommended imprisoning 30 soldiers and officers for a variety of offences.

This was said by Major General Christopher Musa, the theatre commander of Operation Hadinkai, on Thursday as he opened a special court-martial to try 29 soldiers at the theater’s Maimalari Barrack headquarters in Maiduguri, Borno State.

Major General Musa gave a breakdown of the cases and said a total of 227 soldiers and officers were presented before the military court.

He said we have 30 imprisonment cases, 4 dismissal from the Armed forces , 25 reduction of rank and loss of seniority, 20 loss of pay, severe reprimand 17, discharge and acquitted 10, case struck off 14, recommended summary trial 107 is justice that is why it took us some time for us to bring this out because we don’t want anyone to feel he has been shortchange for whatever reason

According to him, what we have done is that they were recommended and forwarded to Army Headquarters. The confirming authority for the soldiers rests on the Chief of Army Staff and while the Army Council is the body to rectify the officers before the implementation.