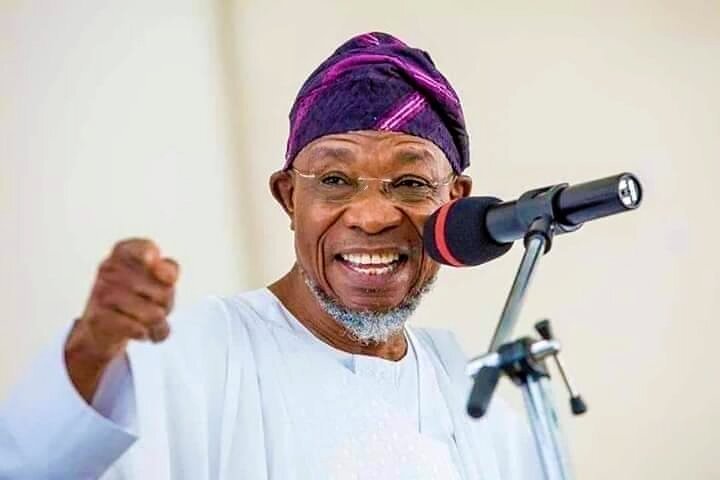 Former Osun State Governor, Ogbeni Rauf Aregbesola has declared that he is fully with the Rasaq Salinsile-led faction of the All Progressives Congress in the state.

The Minister of Interior, while addressing his supporters at a public gathering in Ilesa, Osun State on Friday, said there is no point hiding the fact Osun APC has been divided into two factions.

Aregbesola who spoke in Yoruba language also disclosed that during two terms tenure as Governor in the state, there was no security breach that threatened the state safety, saying the feat was achieved due to extraordinary efforts to keep the state safe.

“For those in doubt, Osun APC is divided. We have APC, Rauf Aregbesola’s faction which is chaired by Hon Razaq Salinsile and the other. Everybody is doing his or her own, later, we will renegotiate, we will rearrange everything. The caucus that produced our faction is called The Osun Progressives (TOP) chaired by Elder Lowo Adebiyi. Those people who are doubting whether I am part of TOP or not should listen up, I belong to TOP wholeheartedly.

“I am happy that the Commissioner of Police is here. There are a lot of lies that are flying around, I steered the affairs of this state for 8 years, when I was there, you can check your record, there was no trouble, we do the job with the whole of our body to record the feat for 8 years. I use to sleep for 2 to 3 hours every day. I did not only do the job with my heart but my whole body” said the Minister.

He urged the Commissioner of Police, Olawale Olokode to remain objective in the critical period in the state for the force to achieve success.

“I am a son of the soil, we cannot work to scuttle the state. My parents are from are from this state. If the police follows the dictate of their job without being biased, they will record success”, he said.