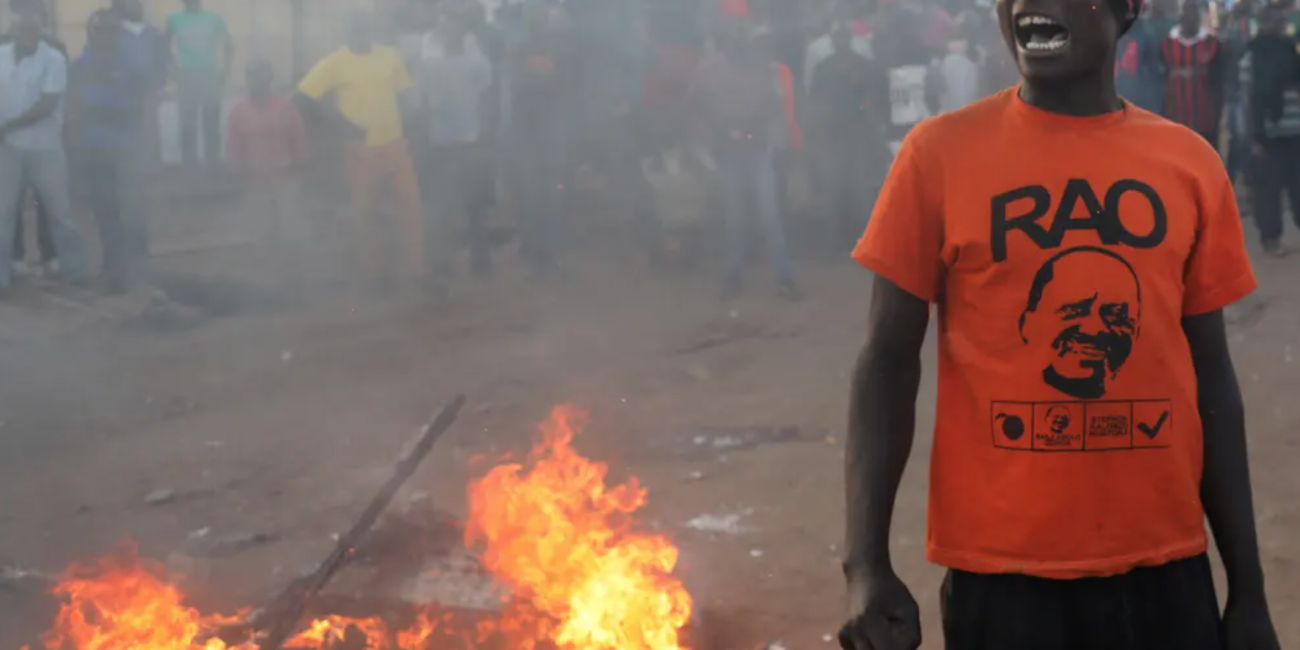 After Raila Odinga lost the chance to become Kenya’s president for a fifth time, there were violent protests in his hometown of Kisumu and in certain areas of Nairobi.

Odinga lost his fifth attempt at winning the presidency as William Ruto, the deputy president, was named the victor of the 2022 election.

Recall that it was previously reported that Ruto defeated Odinga by about 7.18 million votes (50.49 percent) on August 9 in the election, according to the chairman of the Independent Electoral and Boundaries Commission (IEBC), Wafula Chebukati (48.85 percent).

Large crowds of demonstrators gathered on a roundabout in Kisumu as soon as the news of the results reached the lakeside city, flinging stones and torching tyres while blocking roads with broken boulders in protest of the election results.

It was gathered that as similar violence protests erupted in the Nairobi slum of Mathare where Odinga is popular, as the police fired live rounds.

Similarly, across town in Kibera, one of Nairobi’s largest slums, young supporters, who refer to Odinga as “Baba” or “father” in Swahili, threw stones indiscriminately as they demanded a re-run of the election.

Reports stated that the violence started even before the final results of the election was announced during which the electoral commission’s vice chair and three other commissioners told journalists they could not support the “opaque nature” of the final phase.

According to a medium, TRT World, the sudden division among the members of the commission came minutes after Odinga’s chief agents said they could not verify the results and made allegations of “electoral offences” without giving details or evidence.

Kenya’s general election was held on August 9, 2022, with four candidates in the race to succeed Uhuru Kenyatta.

The other candidates are George Wajackoyah of Roots Party and David Mwaure of Agano Party.

About 14 million votes were said to have been cast in the election, representing a turnout of 65 percent.

To win a presidential election in Kenya, a candidate needs more than half of all the votes cast across the country and at least 25 percent of the votes cast in a minimum of 24 counties.

Ruto joined politics in 1992 and was part of the youth wing of former president Daniel arap Moi’s Kanu Party. He was among the activists tasked with mobilising voters for the country’s first multi-party elections held in the same year.

After holding several ministerial positions, the 55-year-old was chosen as the running mate of Kenyatta in the 2013 presidential election.

The post Violent Protest Erupts In Kenya Over Declaration Of Ruto As Presidential Election Winner appeared first on NEWS.