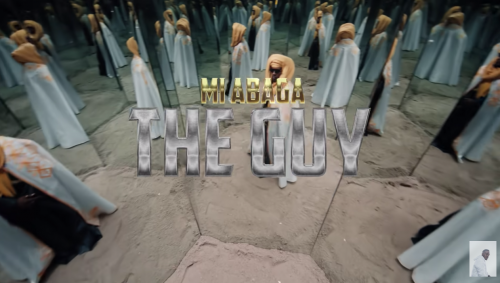 The Guy. That’s who M.I Abaga is now. The guy who made impact for over 15 years as Africa’s greatest rapper, discovered and groomed some of Nigeria’s most remarkable talent and led one of Africa’s long standing labels. This single is the heralding release off the new album which is also titled “The Guy” to further re-emphasize his reign as African rap king.

The track, “The Guy” is a radio friendly upbeat song that incorporates the popular drill sound mixed with classic hip hop. It is one that both hip hop heads and casual listeners are prone to bop their heads real hard to due to its heavy bass, catchy and skillfully executed lyrics by The Guy himself. GET LYRICS HERE

The video is out now on Youtube with over 450k views in 5 days. Enjoy!