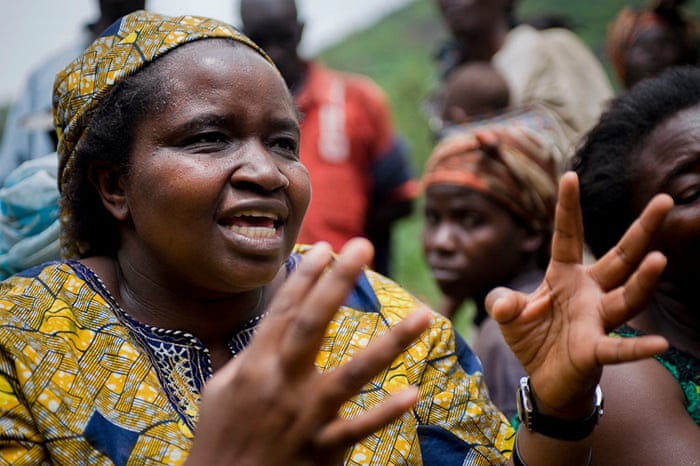 A report has alleged that UN peacekeepers from 12 different countries have fathered and then abandoned thousands of children in the Democratic Republic of Congo since 1999.

According to the report, soldiers and police operating under a UN mandate in the war-torn country have abused children, raped young women, and traded food for ‘survival sex.’

The report further disclosed that one victim was just ten years old when her aunt trafficked her to UN peacekeepers who plied her with beer, raped her and got her pregnant.

According to Mail Online, the majority of the absent fathers were from Tanzania and South Africa, while others were from Morocco, Uruguay, Nepal, and Bangladesh.

The men were in the country in roles ranging from soldiers, officers, and pilots to drivers, cooks, doctors, and photographers.

UN peacekeepers first went into the DRC in 1999 as part of a ceasefire agreement to stop the Second Congo War, fought between itself and Rwanda, Uganda, Angola, Zimbabwe, and Namibia along with rebel movements.

Sexual abuse and exploitation became a serious concern not long after the UN troops entered the country, The Conversation reports.

A team of researchers from the University of Birmingham spoke to dozens of peacekeepers’ children aged between six and 19. They also spoke in-depth to the mothers and carried out thousands of interviews in total.

Of the 2,858 interviews carried out, nearly half (1,182 people) raised, unprompted, the issues of peacekeeper abuse and abandoned children.

They found that the mothers of these children were often rejected by their own families and stigmatized within their communities, while the children grew up in abject want and poverty, neglected and excluded.

The Special Adviser of the UN Secretary General, Prince Zeid Raad Al-Hussein, acknowledged in 2005 that ‘many victims, especially those who have ‘peacekeeper babies’ and have been abandoned by the fathers, are in desperate financial situation[s]’

Kirstin Wagner, who worked on the research, said: ‘The DRC remains one of the poorest and most conflict-ridden countries in the world.

‘The duration and size of the peacekeeping mission there suggests there are significant numbers of children born as a result of sexual abuse.
‘There are potentially thousands of children left behind by peacekeepers in the DRC,’ she said.

‘Part of the problem is that some of those deployed seem to be treating these missions as an opportunity for sex tourism and sexual crimes that they are unlikely to commit in their home countries.’

Most mothers described their sexual contact with UN personnel as ‘transactional’, according to Wagner. It was based on the exchange of food, clothing and money, with occasional arrangements for soldiers to pay girls’ school fees in return for sex.

She added: ‘Some women engaged in sex because they wanted a cellphone or a new hairdo or new shoes. That is different from women having sex because they need food to live, what is called survival sex.’

The study focused on the experiences of children left without fathers. A 13-year-old said: ‘I never go to school. I have no food support and even when I do get food, I start thinking about my mother, who is living abroad, and my father, who I have never seen.

Monusco [the UN peacekeeping operation] should remember us who were left here in Kisangani. We are considered orphans.’

A UN peacekeeping spokesperson said: ‘Over the past five years, we have taken action to prevent these wrongs, investigate alleged perpetrators including military contingents, and hold them accountable including through repatriation.

The post Study reveals how UN peacekeepers ‘fathered and abandoned thousands of children’ since 1999 in DRC appeared first on NEWS.