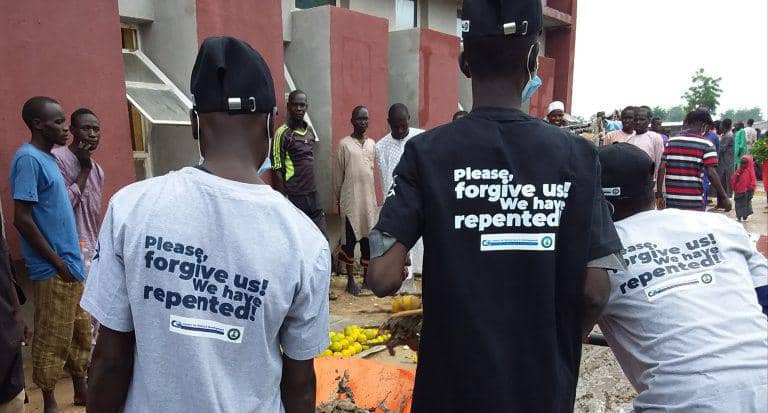 The sanitation exercise was organized by the Centre for Democracy and Development (CDD) in collaboration with the Borno state government.

Some of the repentant insurgents wore T-shirts with inscriptions that read ‘Please forgive us’, ‘We have repented’, and ‘Let’s rebuild Borno again’.

A senior research fellow with CDD while speaking on the exercise said it is part of efforts to prepare them for their reintegration process. He said 400 of the repentant insurgents have been mobilised for the exercise, with 50 of them participating this Saturday for a start in Maiduguri hajj camp.