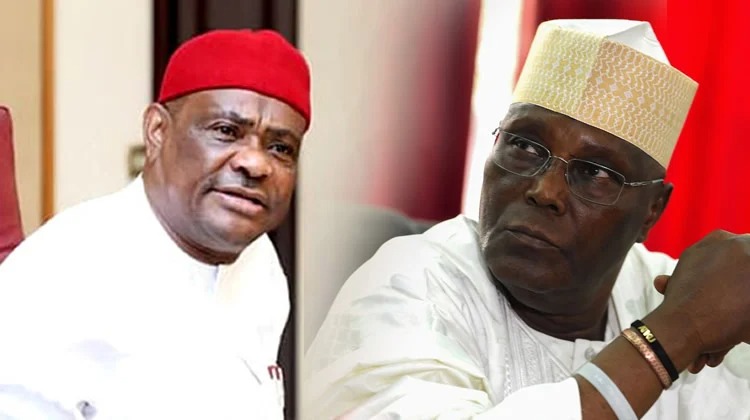 Governors elected on the platform of the Peoples Democratic Party, PDP, have moved in to reconcile Governor Nyesom Wike of Rivers State and presidential candidate of the party, Alhaji Atiku Abubakar.

This is as the governors decided to intervene in the rift between the duo over the outcome of the party’s presidential primary and the controversy that trails the selection of Atiku’s vice.

It will be recalled that Governor Umaru Fintiri of Adamawa State visited Governor Wike in Port Harcourt, Rivers State last Thursday as a way of placating the latter.

Fintiri, who is chairman of the reconciliation committee, had said the committee will achieve the desired result for the success of the party, ahead of the 2023 elections.

He also disclosed that Nigerians will not forgive PDP if it failed to produce the next President, considering what he described as the rudderless nature of the Nigerian state under APC.

A source, privy to the meeting, told Vanguard that the PDP governors will meet this week in Adamawa State to resolve the protracted rift between Atiku and Wike.

Speaking on the crisis, the source said: “I do not see it as a rift. I know there are plans by Governor Umaru Fintiri of Adamawa State to host the PDP Governors’ Forum in his state.

I do not know whether they have fixed the date yet, but it is going to be within this week or next week. The governors will meet and discuss issues at that level as part of the reconciliation efforts.