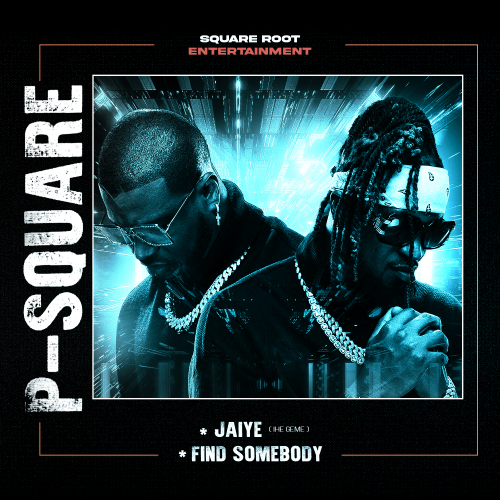 Award-winning and multi-platinum selling Nigerian sibling duo P-SQUARE return with ‘Jaiye (Ihe Geme)‘ and ‘Find Somebody‘, written, composed, and produced by the duo themselves. P-Square Is Back!!!

Alongside the release of their new singles, the Nigerian pop stars have also announced one of the biggest world tours of 2022. The duo’s 100-city reunion world tour will see them headlining 100 cities across North America, Europe, the UK, the Middle East, Asia, and Africa.

P-Square gained widespread fame for their high-energy R&B, hip-hop, and dance-oriented sound. Emerging in the early 2000s, P-Square attracted fans with albums like 2005’s Get Squared, 2007’s Game Over, 2009’s Danger, 2011’s Invasion all of which went platinum and spawned such hits as “Bizzy Body,” “No One Like You,” and “E No Easy.”