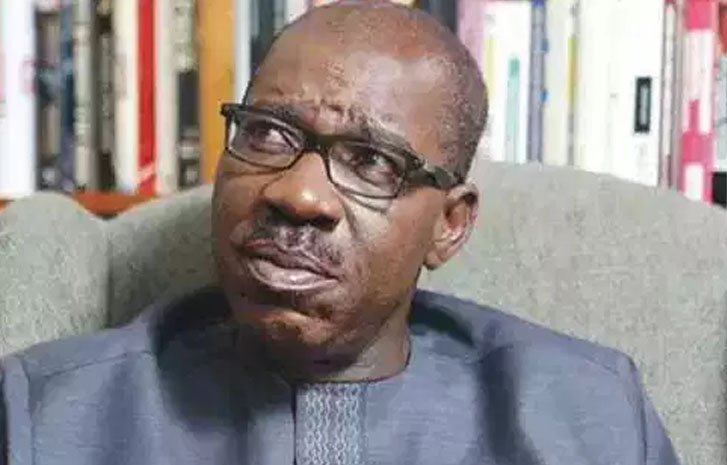 Governor Godwin Obaseki of Edo State has said the problems facing Nigeria are man-made and can be solved by electing the right leader.

He called for prayers to ensure only credible and competent leaders emerge in the forthcoming 2023 general election.

The governor said this on Wednesday when he received members and executives of the South-South Zone of the Christian Association of Nigeria, CAN, led by Archbishop Israel Ege in Benin Ciity.

Obaseki, represented by his deputy, Mr. Philip Shaibu, said God has blessed the country with both mineral and human resources, adding that the mismanagement of these resources had been the reason the nation was bleeding.

He said: “We need prayers as a country as Nigeria is bleeding. We need to stop this bleeding as all sectors of the economy are facing one problem or the other. The problem we are facing is man-made, it’s not of God, because we did it to ourselves. God made Nigeria a country to be envied by all as we are blessed with both natural and human resources.

“Our problems are caused by man and we need to pray not to make any mistake again in the 2023 general election. Let’s pray and God will show us the leaders we need. God has a way of saving this country and He will save us because He has a plan for us.”

Identifying some successes recorded by his administration in the past five years, Obaseki said: “We have achieved this much because we invited God to lead us in this administration. We have been able to drive governance and achieve better.

“I like the way men of God are now talking and getting involved in politics because the church is also affected by bad governance, the church is the first destination to run to. The action and inaction affect the church. The level of hunger in the land is felt more now by the people.”

On efforts to improve security across the state, the governor said: “We have checked insecurity in our state and have reduced the activities of criminals to make the state safe and peaceful. Our action is yielding results and we have been able to ensure peace in our land.

“We are granting approval for churches and mosques to have vigilantes as the government will incorporate them into the state vigilante. We have adopted the principle of restricting criminal elements in taking over our land.

“An average Edo person now is a security officer and is ready to protect his/her domain. We have all agreed that nobody lives in our cattle market, motor parks and have given local councils the authority to demolish all structures in our forests as all should now live where people live in the community and society.”