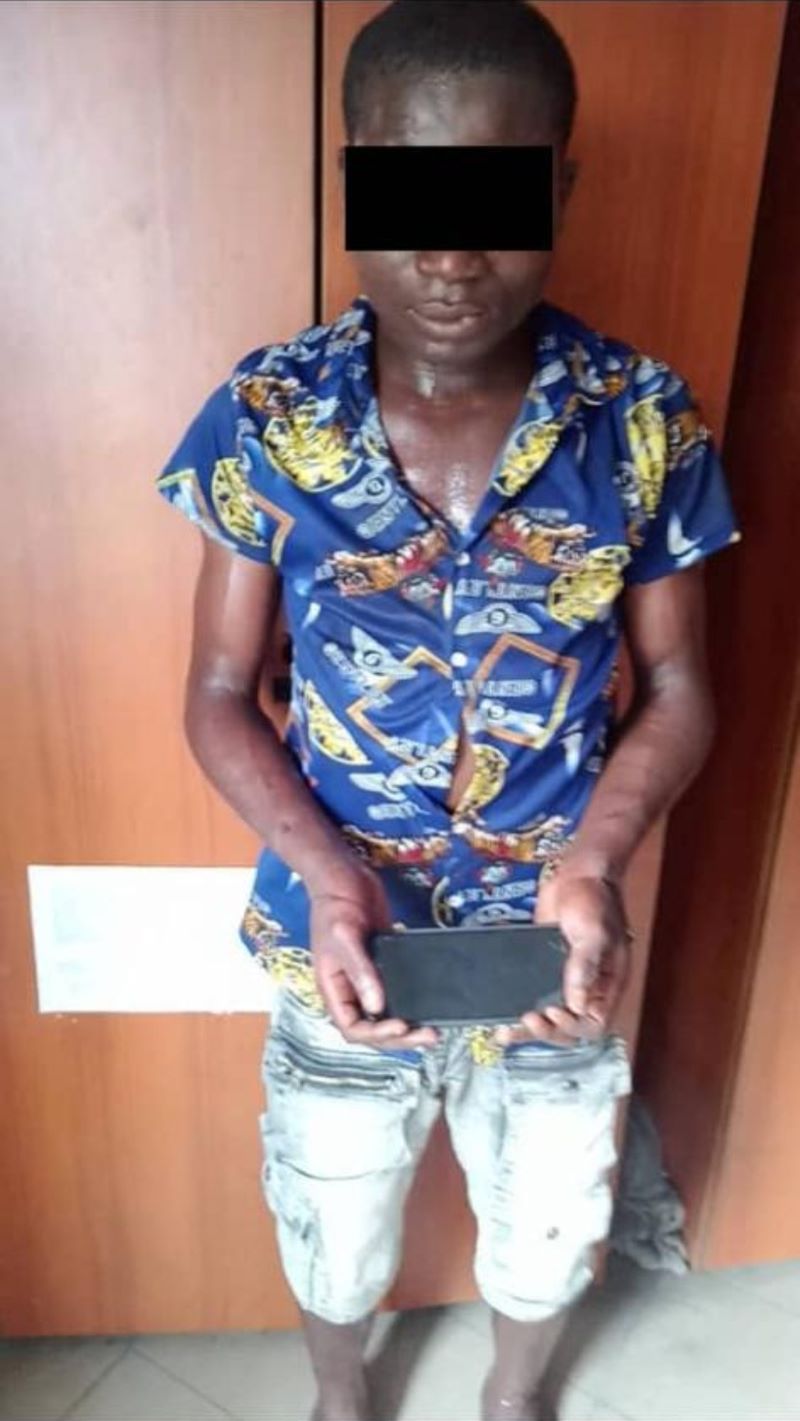 22-year-old suspected child trafficker, Ayomide Fawehinmi, has been rescued by the police after he was attacked for allegedly stealing a child at the Empire area of Surulere, Lagos State.

Fawehinmi was rescued and thereafter arrested after a distress call was received from members of the community about the mob action.

The state police Public Relations Officer, Benjamin Hundeyin, who disclosed this in a statement said, “Preliminary investigations revealed that the suspect lured a 15-year-old boy from his mother’s shop and was taking him to an unknown destination before he was accosted by a neighbour who raised the alarm.

“The suspect had already dispossessed the boy of an Itel android phone to cut off communication with his mother.

“While the boy has been rescued unhurt and the phone recovered, investigation is ongoing to establish the full extent of the suspect’s culpability. Suspect would be arraigned contingent on the outcome of the investigation.”

The statement continued: “The Lagos State Commissioner of Police, CP Abiodun Alabi, fdc commends residents of Lagos State for always promptly alerting the authorities to suspicious person/happenings and sternly warns member of the public to desist from jungle justice as it is a crime in itself.”