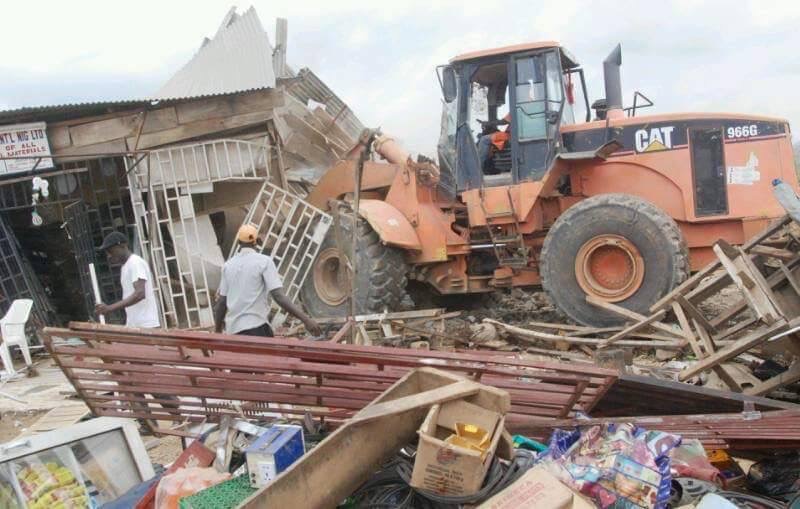 Residents of Ogwutelechi in Ugboluma Angwa Ayegba Community, Igala in Idah Local Government Area of Kogi State have raised the alarm once more that the Council Chairman and his group, including the Attah of Igala land, have continued to demolish their houses in defiance of a court injunction.

According to SaharaReporters, some of the residents and indigenes of the Angwa Ayegba Community who sold the lands to the Ogwutelechi residents went to the Upper Area Court sitting in Idah and obtained an injunction on July 22 this year, preventing further demolition and other work on the disputed land until the court determines.

The Attah of Igala, Alhaji Opaluwa Oguche, and the Council Chairman, Abu Ododma, allegedly disobeyed the court’s order and carried out the demolition process while also erecting fences around them, preventing the residents from entering their homes, and threatening them with legal action.

Recall that the Council Chairman reportedly claimed that the residents had encroached on aviation land and that the demolition work was being done by the aviation authority in a SaharaReporters article? 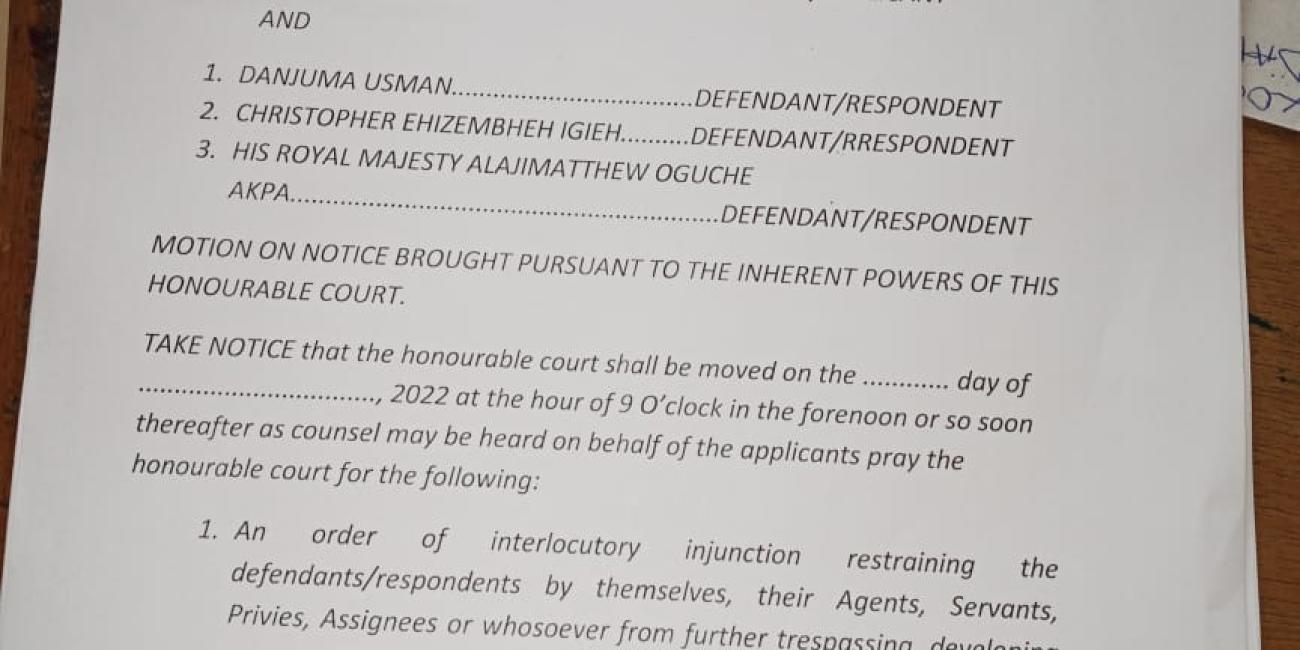 However, some of the indigenes of the community who said they were aware when the land was plotted confirmed that the aviation land was different and far from the one being demolished.

Speaking with SaharaReporters, one of the affected residents who simply gave his name as Johnson said, “The indigenes of the community who said that the state government liaised with them before advertising the land went to court and obtained court injunction that that the Local Government Chairman and the Atta of Igala should stop the demolition and fencing work on the land but the Atta and his group are still doing the work, destroying people’s properties.

“They demolished a mosque. We are crying to Nigerians for help because we don’t want to add to what is currently going on in the country. Imagine a court gave an order and an individual refuses to obey the order and they are building fences around us. Our cars no longer have access to our houses. Our children don’t have access to go out because they are fencing us in.

“We don’t know what to do again. As I speak, the work is going on there and they are threatening to deal with us and that they will demolish the remaining houses.”

The Council Chairman had told SaharaReporters in a telephone conversation that he was not responsible for the demolition exercise and that there was nothing he could do about it.

SaharaReporters placed calls on the Attah’s phone number but they were not answered.

Following the disobedience to the court order, Johnson said, “We are calling on the federal government and the security agencies to intervene because if we should take laws into our hands and fight them, we all know what it will result to and that is why we are crying to the country for people who are in authority to call the chairman and the Attah to order.

“Where do they want us to go when they do not provide alternatives for us? Should we go and live in the forest and become bandits and train others on how to carry arms? God forbid. Nigeria is our country and we don’t want to contribute to the existing problems because it will be disastrous and that is why we are calling on the government, the Kogi State Commissioner of Police, the State CID to intervene because we don’t know their mission.

“We have called on the Attah but they told us that he doesn’t want to talk to us. We are also calling on the Kogi State Government to intervene.”