EPL: Why I fought with Conte after 2-2 draw with Tottenham – Tuchel 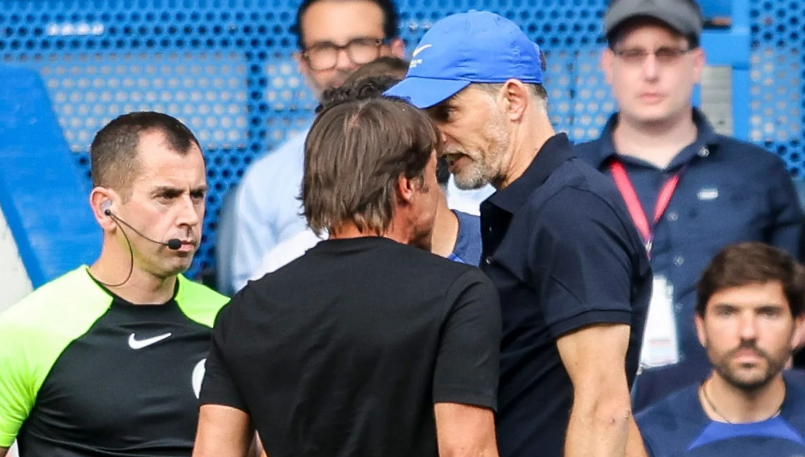 Following Sunday’s 2-2 draw between Chelsea and Tottenham Hotspur, Thomas Tuchel has provided an explanation for his altercation with Antonio Conte.

After Kalidou Koulibaly’s opening goal was cancelled out by Emile Hojbjerg’s equaliser for Spurs, the two men nearly exchanged blows.

Both managers had to be separated as Tuchel firmly held onto Conte’s hand and muttered expletives.

Tuchel has now claimed he wanted the Italian to look into his eyes as they shook hands.

“When you shake hands I thought we look into each other’s eyes but we had a different opinion so it was emotional.

“He was happy when they equalised and it got a bit heated but nothing big. We both got a red card? It wasn’t necessary. But a lot of things were not necessary. Another poor decision from the referee today.

“It’s emotional. It’s the Premier League, it’s the game. You love it, no? We love it. We are emotional coaches,” Tuchel said.

The post EPL: Why I fought with Conte after 2-2 draw with Tottenham – Tuchel appeared first on NEWS.