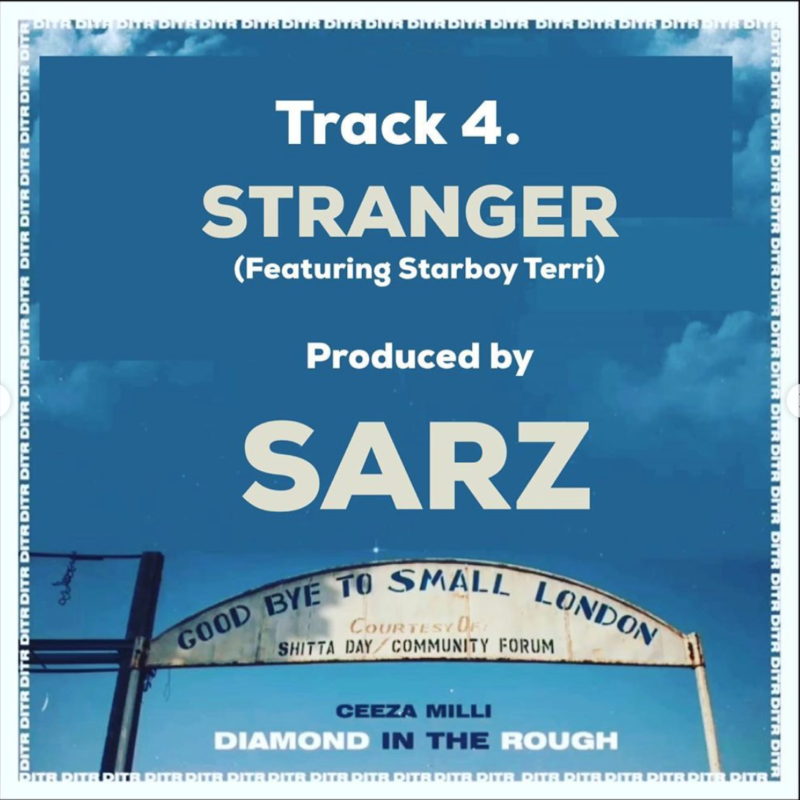 Ceeza Milli releases a brand new song titled “Stranger” featuring Terri, produced by hitmaker, Sarz. The track is the 4th track off his highly anticipated body of work – “DIAMOND IN THE ROUGH”. The song simply talks about falling in love with a Stranger who captured their hearts at first sight.

Ceeza and Terri plead with their love interest to notice them as they are willing to go through extra lengths to prove their love. They understand that she is one that is not moved by the flashy cars and money. All they simply want is for a chance. Ceeza might not be a big name yet in the music industry but one thing that can never be taken from him is his unique penmanship and vocal dexterity. ”Stranger” tells us that his sound is going nowhere and shows signs of slowing down in hit songs.

It’s the kind of song that’s perfect for wooing a lady or when spending quality time with a loved one. Terri on the hand, who is walking in the footsteps of his boss, Wizkid delivered his lyrics perfectly well.

Aristokrat Records presents the highly anticipated mixtape ’Diamond In The Rough’ from esteemed artist and songwriter, Ceeza Milli. The project skillfully captures the essence of Afrobeats with intoxicating beats and creative storytelling from Ceeza Milli. Its content speaks on love, partying, self-discovery and growth. The tracklist includes the well received single ‘Shayo’ featuring Wizkid along with other tracks with features from Tiwa Savage, Starboy Terri, Sarz, and the first female producer signed to Aristokrat Group, Sassy.