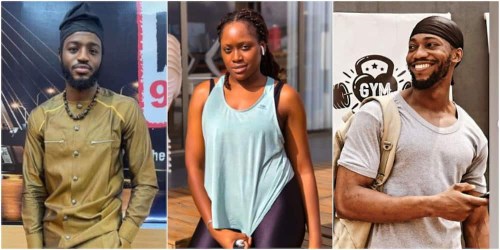 Daniella has suffered a severe backlash after she got wild with Dotun last night in the Head of House room.

Recall, that on Monday evening, Dotun emerged as the HOH of week 6 and chose Daniella as his deputy/roommate.

It is also no secret that things changed with Daniella ever since Dotun surfaced.

On Tuesday night, Daniella sent netizens into a frenzy of rage as she cozied up with Dotun under the Duvet in the HOH. It will also be recalled that we earlier reported several under-duvet actions between Daniell and Khalid prior to his eviction.

With the new development, fans are not sure where Daniella’s heart lies as she seems to have broken thousands of hearts and has gotten tagged as “the loose girl”.