BBNAIJA7: “Sheggz Complained To Me About Bella During The Task” – Adekunle To His Crew || Here’s What He Had To Say 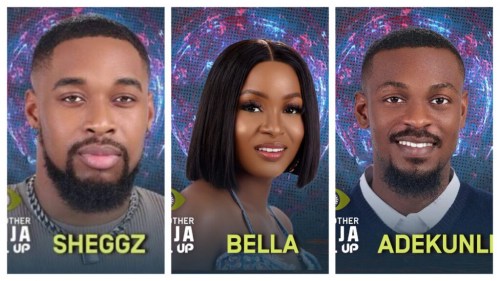 Adekunle has been, at some point labeled as one who has a loose mouth.

Last night, while chit-chatting with Racheal, Chomzy, Deji, Diane, and Giddyfia, Adekunle disclosed that while they were having their task yesterday, Sheggz, who was on his team kept complaining to him about Bella.

Racheal asked if he said anything. Adekunle responded with a no, adding that Sheggz has never been his buddy.

The rest of the gang advised him to mind his business and try not to interfere. It will be recalled that TooXclusive reported that Sheggz has been complaining a lot about Bella.

He has constantly complained about the disrespect he gets from her and that he can no longer take it. Apparently, he did not stop there.

The post BBNAIJA7: “Sheggz Complained To Me About Bella During The Task” – Adekunle To His Crew || Here’s What He Had To Say first appeared on tooXclusive.