BBNAIJA7; See Detailed Explanation As To Why Doyin Escaped Eviction Despite Same Number Of Nominations With Amaka 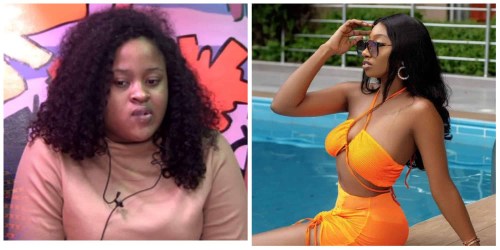 Last night, following Amaka‘s eviction, fans of the show complained over the immediate eviction of Amaka despite having the same number of votes as Doyin.

The development caused outrage on social media with the majority tagging the act as unjust.

However, the valid explanation for this was that one of Doyin’s nominators, Deji is a fake housemate, which automatically nullifies his nomination.

This was verified via Twitter by the organizers of the show.

It reads; As they are not real housemates Deji(Fake), Rachel (Rider), and Chizzy’s nominations were not counted towards tonight’s eviction.

Here is how housemates were nominated;

The post BBNAIJA7; See Detailed Explanation As To Why Doyin Escaped Eviction Despite Same Number Of Nominations With Amaka first appeared on tooXclusive.